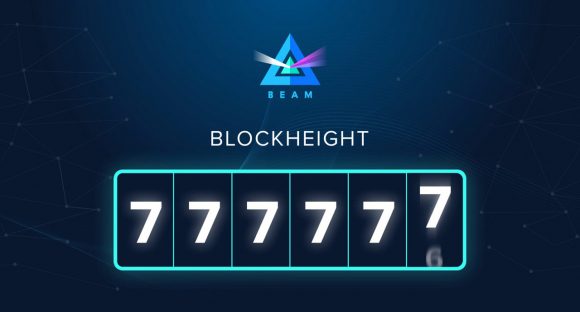 The Beam project has announced their plans for an upcoming hard fork that will occur at Block Height 777777, expected to be reached on June 28th this year. The most notable change in this hard fork is the switch from BeamHash II to the new BeamHash III algorithm for mining. Do note that since this is a hard fork after the Block Height 777777 is reached, wallets earlier than 5.0 will stop working, so the users will need to upgrade the wallets to version 5.0 or later to access their funds. The Node and the Desktop Wallet binaries should be released around the end of May, so about month before the hard fork.

The wider memory operations in the design of BeamHash III apparently allow better use of the fuller capabilities of a GPU card. Making it easier to saturate the given bandwidth of the GPU card, reducing the potential advantage of other devices, especially FPGAs. The stronger algorithm binding of the new scheme utilized in BeamHash III will make “unknown optimizations” potentially used for secret mining, more unlikely. The lesser compute dependency of BeamHash III reduces the potential advantage of multi-chip ASICs over GPUs whilst also allowing GPUs to run lesser clock rates, for more improved hashrate. And a single chip ASIC would likely not be economically feasible.

Updated Windows Binary of the ccMiner 1.5.78-git Fork by SP for Maxwell

Getting Started with Ethereum Using cpp-ethereum