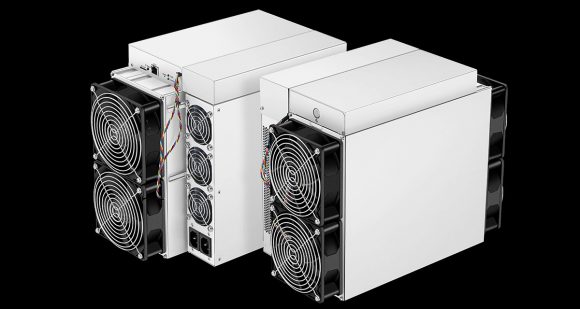 Bitmain has made available another SHA256 ASIC from their Antminer 19 series available for pre-order – the 84 TH/s Antminer T19 miner. In terms of power efficiency and hashrate the new T19 series device sits a little below the Antminer S19, sold at almost the same pre-order price, but starts shipping near the end of next month and not in September like if you pre-order S19 now. Antminer T19 offers 84TH/s hashrate at 3150 Watts of power or with other words 37.5 J/TH power efficiency and it comes with a built in power supply like other high power usage miners. With older ASIC mining hardware getting obsolete after the recent Bitcoin halving more miners will need to replace their old miners with new ones that are readily available and offer better power efficiency and hashrate… and that does not mean the ones with the fastest hashrate and highest price.